I thought it would be great to highlight some amazing black Muslim women who are working hard in their careers to drive change and pave the way for underrepresented communities to get the recognition they deserve!

Angelica Lindsey-Ali, also known as the Village Auntie, is an American sexual health educator and wellness coach. With over 20 years of experience in her field of work, she has educated Muslim women about sexual health, female pleasure and intimacy from an Islamic and African point of view to help empower Muslim women about such topics that are often seen as taboo or misinterpreted within the Muslim community. Angelica achieves her work via workshops and social media platforms; she hosts an award-winning podcast titled Lights On in collaboration with Muslim womens social media magazine Amaliah where she answers questions about sex, body confidence, lifestyle and more. She also has an IGTV advice series about how Muslim couples can improve their sexual relationship. You can keep updated with her work via her Instagram - @villageauntie 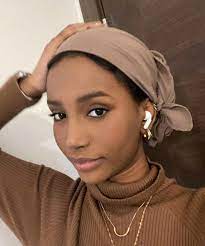 Dr Hani Hassan is a British medical YouTuber who uses her platform to educate her audience about the science behind skincare, especially for people of colour. She studied and worked for 6 years to graduate medical degree debt free and qualify as doctor. You can check out her YouTube channel to find out more about her work, such as her first video titled Is Medicine Racist?. According to Hani, most mainstream skincare products cater more for white skin, and less for skin of colour. Dr Hani Hassans videos help educate people about skincare products, as well as point out the lack of inclusive skincare selections. As a result, Dr Hani Hassan plans on launching a skincare brand called Hue, specially formulated for skin of colour to combat this issue she passionate about! To keep up with her work you can subscribe to her YouTube channel and follow her Instagram: @voteforhani

Blair Imani is a bisexual American activist, educator and author; her work as an influencer is centred around gender studies, race, women and girls, the LGBTQ community, black communities and more! She educates via various social media platforms, an example being her TedX talk titled Queer & Muslim: Nothing To Reconcile', and has also spoken at many universities around the world. Her work led her to found a non-profit organisation, Equality for Her, to uplift and empower women and non-binary people. She is also the author to many books, including Read This To Get Smarter: about Race, Class, Gender, Disability and more,Making Our Way Home: The Great Migration and the Black American Dream, and Modern HerStory: Stories of Women and Non-Binary People Rewriting History. As well as reading her books, you can keep follow her Instagram @blairimani to keep updated with her work! 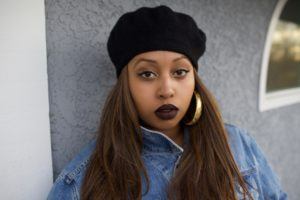 Warsan Shire is a British-Somali poet, editor and teacher. Some of her work includes her first poetry collection called Her Blue Body which touches on topics such as female genital mutilation, death, virginity, gender and more. Shires focuses her writing on marginalised groups such as immigrants and refugees which is a common topic within her poetry. She has won awards for her work such as the Brunel Universitys first African Poetry Prize (2013) and has even gone on to have her work prominently featured in Beyoncés film Lemonade; Beyoncés interest in her work began from Shires piece For Women Who Are Difficult To Love. Shire is also an editor; she is the poetry editor of Spook Magazine and has also guest edited Young Stable Lit Mag. You can keep up to date with her soon to be released body of work titled Blessed the Daughter Raised by a Voice in Her Head via her Instagram: @warsanshiree 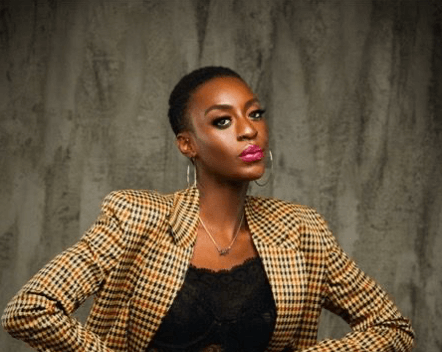 Sheila Nortley is an award-winning filmmaker and founder of the Kingdom Drama School (2011). She has worked on many projects - you can find out more about her work in another blog of mine here. She is paving the way for more BAME representation in the film and TV industry in which she signed a development deal with Sky. She recently produced the show Stay Close for Netflix and is working on a new TV show named A Town Called Malice with Sky and Vertigo Films. She has also worked in the Writers Rooms for a couple of dramas being developed for Netflix and Channel 4. Her work led her to win the Woman Of The Future Award in 2016 and she was invited to Buckingham Palace. You can follow her work via her Instagram @sheilanortley