Dedication to My Mother 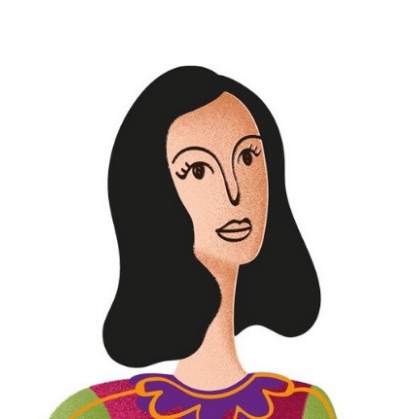 Glancing over at my now 1-year old, I type this dedication to my own mother, hoping he will not stir for another hour or two - life as a mother eh?! Trying to cram any task possible whilst they sleep so peacefully and beautifully forgetting the days tantrums and endless giggles.

She, with a smile on her beautifully aged face, reminded me today that it is International Womens Day and for the both of us without speaking, shared something between us in that silent smile. Perhaps it was an acknowledgment of some sort, an exchange between mother and daughter, fellow mother to mother, who knows, but damn that woman, so heres a little something about the woman whos been the source of my strength!

She came to the UK at 20 years old from Bangladesh, not speaking a word of English after marrying my father. Leaving her whole family behind and then going on to bear five of us children by herself whilst my dad was bringing the bread in so to speak! After becoming a mother myself, the sacrifices she made for us mentally as well as physically are beyond admirable. After seeing how hard it can be raising my own baby boy, I wondered often through sleepless nights of feeds and constant care and attention needed by my little bundle of human being that God blessed me with, how often my own mother would stay up nights with us, looking after her husband, making sure he was fed and ready for work, did she even have time to eat? To sleep, to shower? Looking back, she never really did anything for herself, no spa days, or time with friends, no social life - we were her world.

I look at my mother and think where the hell did she get her strength from? And selflessly adopt this can do attitude? I swear she had the strength of a thousand villages...

I come from an entirely different generation born in the idyllic 90s where some of us have been lucky; I have a supportive husband, in laws that like to help out, my own family I can go to for help, love and support. They say it takes a village to raise a child and it does indeed even though I often spend days where I am determined to do it all! The cycle of laundry, dishes, cooking and cleaning, food preparation for baby and ourselves, making sure my partner feels I am there for him mentally and physically, oh how being present has changed since becoming a mother! The guilt of not truly being there for your husband all the time. I look at my mother and think where the hell did she get her strength from? And selflessly adopt this can do attitude? I swear she had the strength of a thousand villages without any support network around her.

My father admitted once to my husband as they were sitting down for a conversation after my baby was born that my mother did everything, maybe he felt it even more so after seeing his daughter being supported by her husband? My mother never complained, its the type of woman she is. She would give her all to us, shes a smart woman, did well in school in Bangladesh. Could she have had a career if she wanted? I did ask her this once but as soon as girls come of age they were to marry back then was her response and this made me feel quite sad. Her own mother my dear nanu also married at the age of just 15 which was considered the norm amongst the Bengali community back then.

After I got married, I found it very difficult to settle, moving just three hours away. I was not strong enough to make the same sacrifices she did. I see her now making video calls with her sisters whom she hasnt seen in years, I remember the blue post letters she wrote to her mother and late father, my dear nanu and nanna. The fact that she only travelled back to Bangladesh twice 13 years after she left her family, and again when my dear nana was ill, just shows the sacrifices made as she was bringing us up, making sure we got into the best schools, going to parents evenings, with not much confidence with her English but still trying so hard for her children.

Making sure we were getting Arabic lessons as well as remembering the times, she was so strict about us forgetting our Surahs (prayers recited from the Quran for my non-Muslim ladies) as my sister and I like to laugh about now but at the time it was bloody scary I tell you! All I remember is a wooden spoon and threat of a cellar thats all Im saying! But dont worry my mum was harmless none of us got beats as the other kids complained about!

I often think about think how much strength we can draw from the women around us...

I often think about think how much strength we can draw from the women around us, how generations have changed, my husband working from home but still helping me out with our baby, my mother didnt have that, my father was the breadwinner and men of that generation often stuck to that role.

On many nights when all I could think about was not sleeping, at the same time many years ago my mother was balancing so much on her plate. Shes my heroine, my superwoman! So let us remember ladies, the women around us where we can draw our strength from because God knows we will need it at some point in our hectic lives!