Today approximately 2.5 million coins will enter circulation featuring the words 'Diversity Built Britain'. The Chancellor, Rishi Sunak, commissioned these new coins to celebrate the contributions made by ethnic minority communities to help build Britain. Although I welcome this, much more needs to be done to fairly represent their input such as including their stories in the school curriculum so there is greater public awareness. As a women's rights campaigner, I am especially keen on ensuring women are not overlooked and therefore want to use this opportunity to highlight four women who have helped shape British history. 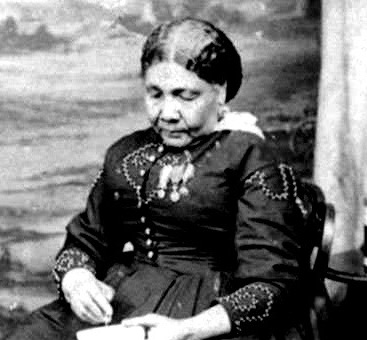 Mary Seacole was a nurse, but did not have any formal British nursing qualifications or training. She was born in Kingston, Jamaica and in 1854 travelled to England to ask the British War Office to send her as an army nurse to the Crimea (now a part of Ukraine) where Britain were fighting a war as a part of a coalition against the Russian Empire. When they refused, Mary funded her own trip and set up the British Hotel near Balaclava where she nursed injured soldiers. Her respite for the soldiers was much closer to the fighting compared with the military hospitals which were set up hundreds of miles away from the frontline. She visited the battlefield even when it was under fire to tend to the wounded. When she eventually returned to England she was destitute and in poor health. She was praised and recognised at the time and the press even helped to fundraise for her. Seacole became a war hero with her reputation rivalling that of Florence Nightingale, with soldiers referring to her as 'Mother Seacole.' However, she has been forgotten since and is unknown to the British public most likely because her story is not taught in schools unlike Nightingale's, who has even been featured on bank notes, appearing on the £10 note between 1975 and 1994. It is about time Mary Seacole was also given this honour. Although two historic figures from a black and ethnic minority background have been featured on commemorative coins (which do not have to be accepted by shops or banks), they have not been featured on any British bank notes. However, this may now change due to pressure from campaigners. The HM Treasury has now urged the Bank of England to be more inclusive when considering who appears on the new £50 bank note. So, if you want to join the campaigners who want Mary Seacole to be on the £50 note, you can sign this petition. 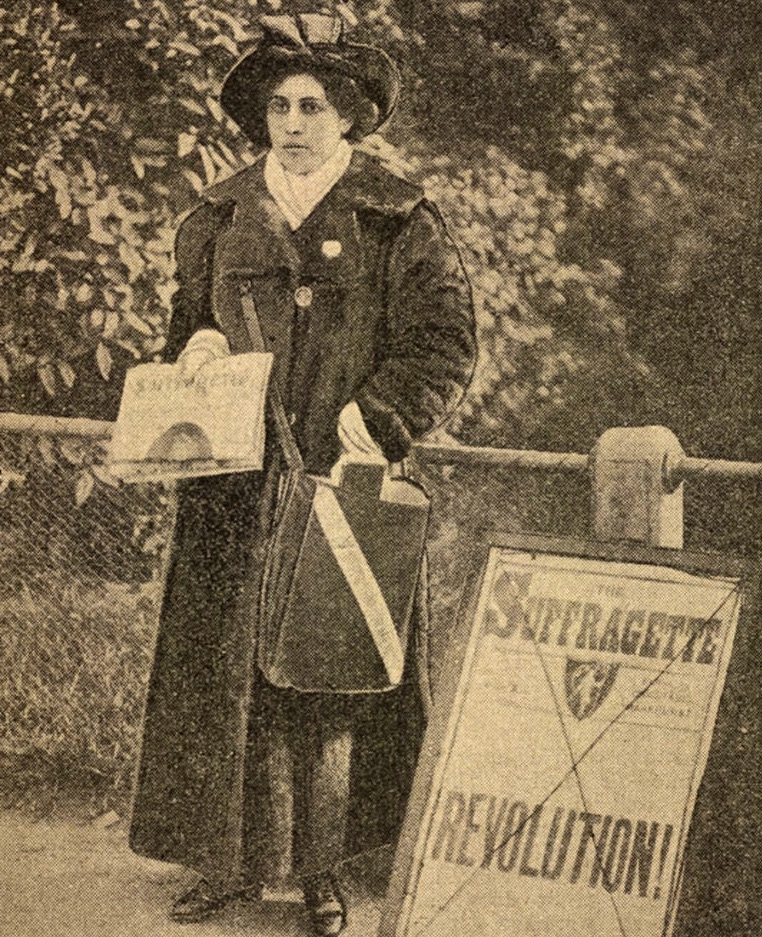 As the suffragettes are an important part of feminist history in Britain, I had to include Sophia Duleep Singh, a prominent suffragette princess of Indian heritage. However, despite her significant contribution to the movement, she has been largely overlooked and forgotten. This is another example of how ethnic minority heroes are white washed out of British history. Even I was not aware of her until someone gave me her biography, by Anita Anand, which I recommend reading. Singh was the granddaughter of Punjabs Maharaja Ranjit Singh, the daughter of his youngest son Duleep Singh. She was born and brought up in the England due to her fathers exile. She used her celebrity princess status to support campaigns for womens suffrage in the UK. In 1909, she joined the Women's Social and Political Union (WSPU) and became a part of Emmeline Pankhurst's inner circle, chairing and addressing some of the meetings and funding campaigns . She would also stand on the street to sell The Suffragette Newspaper and participated in marches. She, even auctioned some of her belongings and used proceeds to benefit the Women's Tax Resistance League. After the breakout of WWI, Singh joined the Red Cross and became a nurse. So when suffragette history is taught in schools, Singhs contribution to the campaign for womens right to vote should be included. 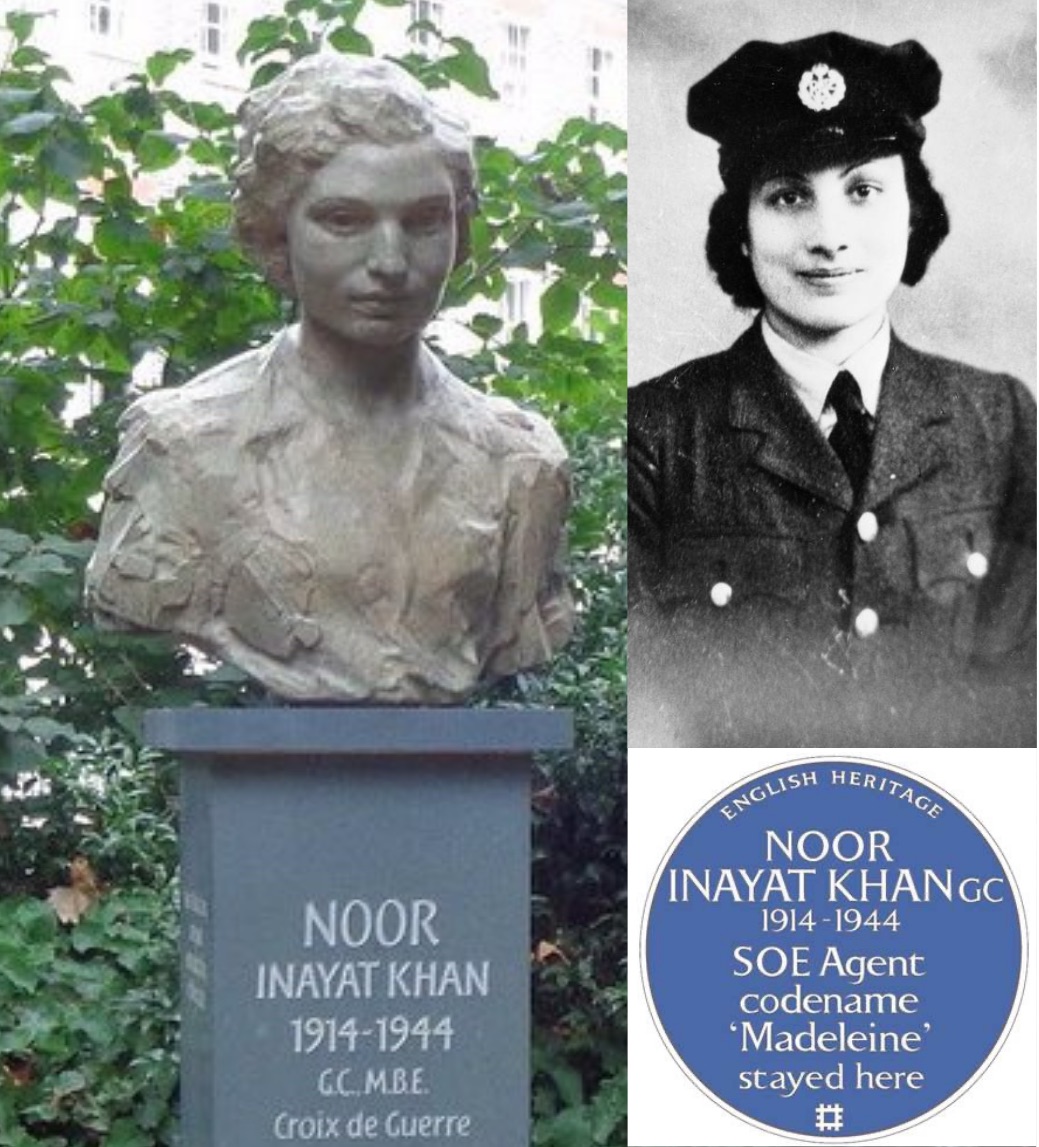 Noor-un-Nissa Inayat Khan came from an Indian Muslim family and was a British spy in World War II. In November 1940, Khan joined the Women's Auxillary Air Force (WAAF) and trained as a wireless operator. She became the first female wireless operator to be sent from the UK into occupied France to aid the French Resistance. All the female agents sent before her had been sent as couriers. Even when suspicions arose that the resistance network had been infiltrated by a Nazi spy, she refused to return to Britain. Khan was eventually captured and executed at Dachau concentration camp. Although her brave service was posthumously awarded with the George Cross, Khan is another war hero that time has forgotten until perhaps her biography was published in 2006 by Shrabani Basu, which was followed by a statue in 2012 located in Gordon Square, Bloomsbury, near to where she used to live. Last month she was further honoured with a plaque added to the house where she lived at 4 Taviton Street in Bloomsbury, London. Khan is also now in the running to be considered to appear on the next £50 bank note. Zehra Zaidi has been leading on a petition campaign to get her on the next £50 bank note. Khan's contributions should also be taught to children. You can help make that happen by buying Khan's recently published biography aimed at children, by Sufiya Ahmed, and gifting it to your children's school. 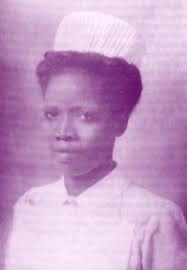 The Covid pandemic has shone a light on how integral people from Black, Asian and ethnic minority (BAME) backgrounds are to the functioning of the NHS. BAME staff make up 21% of the NHS workforce.  Given this current context, I want to highlight Kofoworola Abeni Pratt, who was the first qualified black nurse to work in the NHS. She was born in Nigeria and moved to England in 1946 to study nursing at the Nightingale School in St Thomas' Hospital, London. She qualified as a State Registered Nurse in 1950. After only working for the NHS for four years, she returned to Nigeria in 1954 where she co-founded the professional association for trained nurses. Not surprisingly, Pratt experienced discrimination while she worked at the London hospital; for example, according to one incident a patient refused to have a black nurse. Seventy years on, discrimination still persists against BAME health professionals, who are more likely to face disciplinary procedures and grievances as well as having limited training opportunities and career progression.