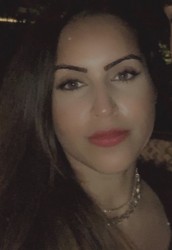 Forced marriage was criminalised in the UK in 2014 under Part 10 of the Anti-social behaviour, Crime and Policing Act 2014. In May 2018, a mother was jailed for 4 and a half years after luring her 17 year old daughter to Pakistan to marry a man twice her age, and later in the same month a couple were found guilty of forced marriage offences after taking their daughter to Bangladesh on a holiday in an attempt to marry her cousin.

Force includes psychological threats, physical threats and even encompasses threats directed at someone else. For example, situations where an individual is made to feel like they are letting their family down if they do not consent to a marriage, can be a psychological threat. The definition also includes situations where an individual has agreed to a marriage, but in reality didnt have the choice to refuse.

Often victims and survivors of forced marriage do not want to pursue criminal sanctions against their perpetrators, because their perpetrators are often their own parents. They may wish to be protected without their parents being punished. In such cases, a victim at risk of forced marriage can seek protection from the Family Court, by obtaining a Forced Marriage Protection Order (FMPO). An FMPO is an order which prevents the respondents from harming the applicant or from doing anything which might harm the applicant by forcing him or her into marriage.

The only way to obtain a FMPO is through the Court. It is not possible to obtain this yourself as the Court, Police, local ports, social services and anyone else involved would have to be aware of the Order for it to be in place and be effective. It is daunting to go to the court, but there are many that can apply for this for you and you can even ask the Court to excuse your attendance as long as you have filed the statement.The application for an FMPO could also be made by a concerned friend, a teacher, a support worker or a relation.

Many victims do feel pressurised by the family to remove this and then when they find out that the family is planning something again, they have it placed back on again.

In some cases, a forced marriage protection order is obtained and then a few months later the victim says that they have made up with their family/their parents have changed etc and that their family have promised they will not force them to marry anymore and that they want the forced marriage protection order lifted so they can go on a family holiday to bond together. Of course the worry around this is that in some cases this can be a ploy. Many people should be aware of this and know that families have tried this tactic many times and any family holidays especially to where relatives reside would be avoided. If they ignore this advice and decide to remove the FMPO and go abroad to Bangladesh for example and find out the marriage is happening, they can contact the Forced Marriage Protection Unit. The other thing they can do, is come back to the UK and apply to the court to have this marriage annulled. Even if no holiday is planned, there is no need to remove the FMPO and it can stay in place. It should not affect your day to day life. Many victims do feel pressurised by the family to remove this and then when they find out that the family is planning something again, they have it placed back on again. My advice and from my experience, when we have had clients return to us asking to remove it very soon because they are all happy families again, we advise that we should keep it on for a while longer, as it will not affect them or their families.

An FMPO can be tailored to the circumstances of a victim and the court has a wide range of powers to protect them. For example, where there is a risk that the victim may be taken abroad against their will, the court can order the perpetrator to hand over passports or any other travel documents. Respondents to an FMPO can include any persons in the UK or outside the UK, who are or have been involved in the forced marriage. The High Court also has powers to make a child ward of the court so that it assumes parental responsibility for a child, which overarches that of the childs parents. The court can also seek to facilitate the return of a child who has been left abroad against their will in relation to a forced marriage.

SAMARA IQBAL is a Solicitor, Director and the founder of Aramas law Solicitors. With her expertise in solely Family Law dating back to 2006 and her passion to make justice in law accessible to all she formed Aramas Law. She brings law a fresh modern approach without the use to legal jargon and clear visible legal costs and with no hidden surprises. Samara undertakes all area of family work with keen interest in domestic violence, children arrangement disputes, forced marriages, sharia law,