Join the Muslim Womens Network UK Board as a Trustee

Should there be a poppy for women? 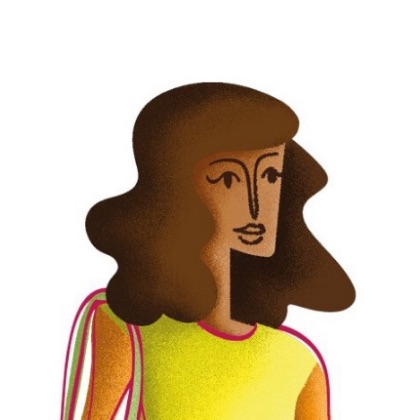 Remembrance Day is an important memorial day held every year that marks the end of World War One and commemorates those who have fought and died in many different wars. While it is traditionally honoured on Remembrance Sunday and more specifically the 11th November, such as during the dedicated two minute silence, this honour and respect is upheld throughout the whole month of November as people also wear a poppy in remembrance.

Poppies are the flowers that grew on the battlefields after World War One, which is why they are worn to remember those who died in battle. Although they are most known for being red in colour, there are also poppies of other colours that people wear to represent different things:

I most definitely appreciate the inclusivity of the various poppies, particularly the black poppy which aligns with the prevalent Black Lives Matter movement, however I feel that the list above still poses the question of whether women also deserve their own poppy. I understand that the courage women displayed during war can be honoured through the traditional red poppy, however it cant be denied that the stereotypical image attached to this poppy is of men who fought in conflict, especially as the red poppy is linked directly to the battlefield. In this sense, it seems like war effort of women is less acknowledged when wearing this poppy, and thus in my opinion there should be another poppy that honours the sacrifices and hard work women demonstrated during war.

This blog is not to discredit the great courage by men who fought in battle. However, women kept the country running by taking up many of the jobs that men had to leave to participate in the war efforts, which should also be acknowledged.  Women were recruited for many different jobs such as postal workers, clerks, railway guards, police and more. Women were also largely employed by munition factories as the demand for weaponry increased, and while some may argue that women werent risking their lives, many women died from exposure to TNT and various other poisonous substances. Not to mention women carried out such jobs while also continuing with their conventional roles of domestic sphere they had previously been confined to, such as looking after their children. If women hadnt fulfilled all these roles, what would have been the state of the country at the end of the war?

While the above may be well known, there are many specific women that are overlooked, especially BAME women who contributed greatly to the war effort. Noor-un-Nissa Inayat Khan (1914-1944), who was of an Indian Muslim background was a British Spy and the first female wireless operator sent from the UK to aid French resistance. She showed enormous courage when refusing to return to the UK and continuing with her job which eventually led to her being captured and executed at a concentration camp. Another woman to mention is Ena Collymore-Woodstock (1917-present, currently 103 years of age), who was born in Jamaica but left her country to serve during World War Two. When she arrived in England, she was offered an office role but remarked that she hadnt joined up just to type! and eventually joined the Anti-Aircraft Service to become the first black female radar operator.

These women are just to mention a few - so just like the men who worked hard to physically fight off enemies on the battlefield, the great war effort of women should also be specifically recognised. If their hard work was able to get them the vote by the end of World War One, then Im sure those women also deserve a poppy! Come on, even animals get their own poppy so why cant women?!