0
By Shaista Gohir
Despite some progress in the last decade, the British judiciary is still overwhelmingly white and male. There is not a single Black, Asian, minority ethnic (BAME) judge in the Supreme Court, the highest court in the land.  Here are a few interesting statistics in a report by the Ministry of Justice, Diversity in the Judiciary, which was published last year.
Women remain under- represented in the judiciary, particularly in courts - one third of court judges are women and at High Court and above level, they only make up 26%. However, at tribunal level, 47% of judges are women.
The proportion of BAME individuals in the judiciary has increased but remains lower in senior court roles - 8% of court judges and 12% of tribunal judges identified were BAME at 1 April 2020, an increase of 2 percentage points compared to 2014 in both cases. There is not a single BAME judge in the highest court in the land, the supreme court.
Women are less well represented among the more experienced and more senior members of the legal professions - 17% of Queens Counsel barristers and 32% of partner solicitors were women.
BAME individuals are over- represented in applications for judicial appointment, but less likely to be successful - candidates identifying as BAME accounted for 25% of applicants, 14% of those shortlisted and 12% of those recommended for appointment.
As the theme for Womens International Day is Choose to Challenge, here are three trailblazing women who challenged in a male dominated profession and managed to smash the concrete ceiling.
BARONESS HALE 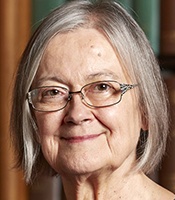 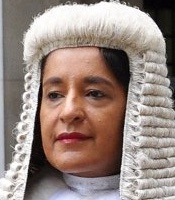 She is the first Asian woman to serve as a High Court judge in the United Kingdom when she was appointed in 2015. She had been appointed Queen's Counsel two years previously. Although she is a Christian, she was born to Indian Sikh Punjabi parents who came to the United Kingdom from India in the 1960s and grew up in Leeds.
LINDA DOBBS 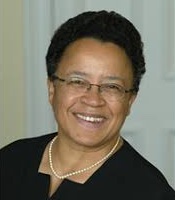 She became the first Black (and non-white person) to be appointed to the senior judiciary in England and Wales when she was appointed to the High Court in 2004 (serving until 2013). Dobbs was born in Freetown, Sierra Leone to Loyda Johnson, a Creole from Sierra Leone and Arthur Dobbs, an English lawyer originally from Warwickshire, who went on to serve as a High Court judge in Sierra Leone. Dobbs was called to the Bar in 1981 and took silk in 1998.
#DiversityInTheJudiciary #FemaleJudiciary #BobbieCheemaGrub #LindaDobbs #BaronessHale